Dr. Scott Hotaling is a Postdoctoral Researcher for the School of Biological Sciences at Washington State University. In December, Dr. Hotaling was presented with an opportunity of a lifetime-the chance to participate in a research expedition to Antarctica. This opportunity came out of the blue from a colleague who was organizing the expedition to study the Antarctic Midge, the largest insect living in Antarctica. With a departure date of mid-February there was not much time to prepare, but Dr. Hotaling was able to get organized and gain medical approval (a requirement of the U.S. Antarctic Program) in time.

For the duration of the six-week trip Dr. Hotaling lived on the Laurence M. Gould (LMG), an ice-breaking ship leased by the National Science Foundation for Antarctic research. After a long journey from Spokane to Punta Arenas, Chile the team headed south on the LMG. In order to reach the frozen continent, they had to cross the notorious Drake Passage, home to some of the world’s worst sea conditions. “Luckily, ‘the Drake’ as everyone calls it wasn’t bad on the way down but on the way back, we had 48 hours of serious rough seas that made it hard to move around, eat, sleep, really do anything!” said Hotaling.

It took the LMG three days of southbound travel to get the first glimpse of the Antarctica. For the next month, the team traveled along the west side of the Antarctic peninsula, stopping on the mainland and outlying islands to sample populations of the Antarctic Midge. Small 10-person inflatable boats called “Zodiacs” were used to transport the researchers from the LMG to the research site. “The Zodiac rides made for a much more intimate experience with the ocean, sea ice, and wildlife (especially the many whales!),” said Hotaling.

“Our primary research goals were two-fold,” said Hotaling. “First, we wanted to collect as many distinct populations as we could for a population genetic comparison; basically we want to know how populations are genetically related (as this tells us about their evolutionary history) and if their relatedness corresponds with any environmental variation. Second, we collected live specimens to ship back to the Teets Lab in Kentucky for physiological experiments.”

After spending time in the Southern Ocean, the research team headed north, departing Palmer Station on March 16. At the time, the COVID-19 pandemic was sweeping the globe but leaving Antarctica as the only continent without the virus.

After enduring The Drake’s 25 to 30-foot waves and gale force winds that reached 60 knots on the way back to Punta Arenas, according to James McClintock an Alabama scientist who was aboard the LMG, the crew learned that Chile might not allow the ship to dock in Punta Arenas due to suspicion of COVID-19 infection.

“Moreover, local Chilean street riots over cost escalations in public transit, wrought with graffiti, broken store windows, street fires and tear gas, had been exacerbated by the fears of the virus. Rioters had blockaded even the port in an ill-fated attempt to keep foreigners, presumed to be carriers, from disembarking from their ships,” said McClintock in his newspaper article, Race to Home published in The Anniston Star.

After nervously awaiting the decision, Chilean officials allowed the crew to dock in Punta Arenas with instruction that nobody was to step off the ship onto the dock. The next morning, after a heated discussion, according to McClintock, the crew was transported in minivans to a warehouse for health screenings and baggage checks. This happened after hearing word that a manager with United Airlines promised a flight out of the country would be made if they were to make it to Santiago, Chile. This came as a relief to everyone because airlines were canceling flights out of Santiago and American Airlines had stopped flying to South America.

The team was halfway to the airport when a transit official informed everyone that they needed to get to the airport immediately because the president of Chile had just declared martial law, according to McClintock. The team was met with an empty airport when they finally boarded their flight to Houston. On March 22, the scientists returned to America not knowing what the future might hold, but ultimately bonded for life by their experience of a lifetime. 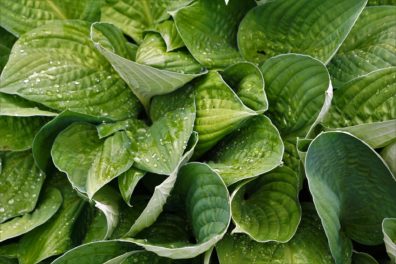 Ever wonder about the importance of your college courses? For Biology and Zoology majors in the School of Biological Sciences at WSU Biol 106 (Organismal Biology) is a foundational class that will set you up for success throughout your remaining upper level classes in your degree.

Ideally, Biol 106 should be taken within the first year at WSU and is described in the WSU course catalog as “Biology of organisms: plants, animals, ecology and evolution.” This course introduces the diversity of life on our planet, how it evolved, how different organisms interact and the physiology of plants and animals.

“My advice is to embrace it all. Be open minded,” said Dr. Ritchie, a Biol 106 professor. “There may be some aspects you think will be more exciting than others but be prepared to be surprised. Even if you took biology in high school be ready to work hard, we know a lot about how life works, and this is just part of the introductory sequence.”

Students are advised to consider Biol 106 and 107 as a backpack of knowledge, understanding and skills to fill and take with them as they move forward to the next level. The better students master foundational classes the more prepared they will be for the next level. These foundational classes will offer students valuable study skills and a more scientific way of thinking.

“The more you use muscles the stronger and more efficient they get,” said Dr. Ritchie, “The more you practice a skill the better you get. Biol 106 and 107 are the training camp to get your brain fit and ready for the journey into the amazing world of life on Earth.”

School of Biological Sciences’ Research Night 2019 was a success! Students showed up to Eastlick Student Lounge at 5 pm to enjoy pizza and refreshments before the faculty presentations. This year was the biggest turnout we’ve seen yet!

Research Night is a great way for undergraduates to hear faculty discuss the work being done in their labs and learn about the ways that they can get involved. Each faculty member prepared a brief summary of their studies which ranged from topics such as the ecology of infectious disease, marine biology, animal physiology and much more.

After the presentations faculty and students broke into small groups for one-on-one discussions. Students can ask specific questions about their lab work and how they could get involved.

“Research night is really beneficial to students and allow us explore the different avenues within biological research,” said Sara Bruner.

Research Night is an annual event held for all students and is a great way to get to know faculty members, other biology students and learn more about the SBS research labs.

There are no upcoming events at this time.