Senior Claire Popke, doesn’t mind getting her hands dirty, especially if there are earthworms involved.

A few semesters ago, Popke decided she wanted to get involved in research as an undergraduate at WSU. Now she works closely with University of Idaho professor, Dr. Jodi Johnson-Maynard, analyzing soil samples’ isotopic C:N values in hopes of finding a relationship between earthworms and soil quality. This tells them how healthy the soil is by comparing the amount of carbon to the amount of nitrogen. They are looking into how the soil microbiology is affected by invasive and noninvasive earthworm species. Studying earthworms becomes challenging because, according to Popke, most earthworms are invasive species from Europe. 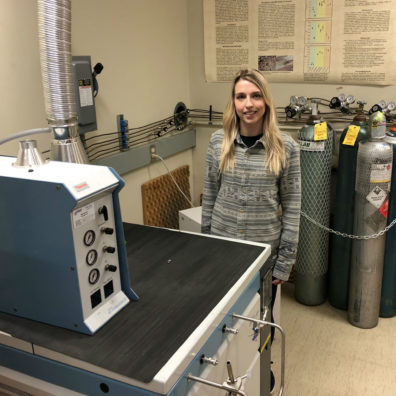 Because invasive species typically carry the connotation of being bad for a native area, Dr. Johnson-Maynard wanted to look into that relationship with earthworms. Invasive earthworms can damage the organic earth matter that sits on the forest floor. This could cause a transformation between of the relationships between plants and animals and the soil. Dr. Johnson-Maynard, her team of graduate students, and Popke are researching how these invasive earthworms could be affecting the Palouse environment.

According to Popke’s preliminary findings, there might not be a huge difference between native and invasive earthworms.

“Earthworms just seem to help the soil, whether they’re invasive or not,” she said. “This is different from most invasive species which are shown to be harmful.”

Popke grew up outside of Seattle in Edmonds, WA and has always been fascinated by earthworms. When she decided she wanted to get involved in undergraduate research, she looked to one of her favorite professors, Dr. Dave Evans. After class one day she asked if she could work in his lab, and soon began work with one of his graduate students. Popke began with helping the graduate student analyze her soil samples until Dr. Evans asked how she felt about earthworms; once he learned of her unique love for earthworms, he put her in contact with Dr. Johnson-Maynard at U of I. 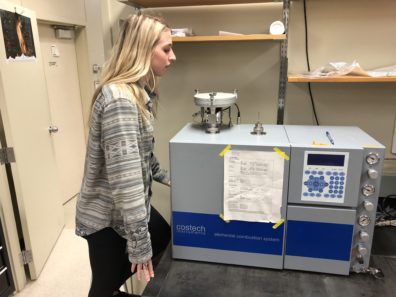 Popke graduates this May from WSU and will head to Thailand the following month for a veterinary service. She plans on having that be a deciding factor in whether to pursue veterinary school or not. Popke feels she made find the conservation part of the project more exciting than the veterinary studies.

There are no upcoming events at this time.